In celebration of this year's International Coffee Day, we bring you renowned bartender @mixologists_life's  take on the irresistible after-dinner cocktail, Espresso Martini! This guilty pleasure is foamy and bittersweet, an interesting selection for your next night out.

Did You Know? ‘Espresso Martini Fest’ is a five-day festival held in London, Sydney and Melbourne that is dedicated solely to Espresso Martini. Share this trivia!

Espresso and liqueur blend so well in this recipe, it's as if it's a carefully made product from the collaboration of a barista and a bartender. You won't regret taking a sip of one of these!

Did You Know? This recipe is best served with freshly prepaid espresso, but remember to let it cool. If you add ice to hot coffee, it will become very bitter. Share this trivia!

This Espresso Martini isn’t too sweet unlike its earlier versions, as it’s become a perfect balance of flavors. But in case the sweet stuff still sounds too much for you, here are other recipes you may use as an alternative!

Listed below are the ingredients that make up this beverage's heavenly taste.

You’re one step away from indulging in a delicious glass of Espresso Martini-all you need are the best quality bar equipment to prepare it!

Believe it or not, the stories you hear about the origins of this cocktail are real. On a fateful night in London, year 1983, a beautiful woman-who is said to be a supermodel now-walked into a bar asking for something that will keep her awake and get her drunk at the same time. In her own words, “wake me up and f*** me up”. British bartender Dick Bradsell, who was mixing drinks at Fred's Club that time, granted her request by combining sugar, vodka, espresso and coffee liqueur together creating the Pharmaceutical Stimulant, later renamed as the Espresso Martini.  Bradsell shared such delightful creation to other bars, and eventually everyone in Europe and Australia loved it. On the contrary, US was facing the Dark Ages for cocktails, so this drink didn't become that much of a hit, not to mention there were two other cocktails on the rise that gravely overshadowed it. But years passed, the drink evolved in one way or the other, and somehow Espresso Martini found its way on the menus of bars in the US.

Following the history mentioned earlier, Americans still seem to have a love-hate relationship with the Espresso Martini, as the said drink has gone on and off the charts. However, those from Rhode Island, Massachusetts, New Hampshire, Connecticut and New York seem to have taken a liking to it. In the international scene, its popularity is slowly making its way up-by slowly we mean baby steps slowly-but we won't be surprised if one day it's in the Top Cocktails List, especially with Australia, Iceland, New Zealand, UK and Denmark all helping in lifting its ranks up.

If you think the food you have in mind goes well with coffee, then it most likely pairs with Espresso Martini, too. You can try serving desserts like moist chocolate cake and almond biscotti.

Friday’s are for Espresso martinis with @lowpigeon cold brew! This sexy photo was taken by @blob_t

I'm just going to come out and say it.

We get commissions for purchases made through links in this post. Updated: October 4, 2019.

Espresso and liqueur blend so well in this recipe, it's as if it's a carefully made product from the collaboration of a barista and a bartender. You won't regret taking a sip of one of these! 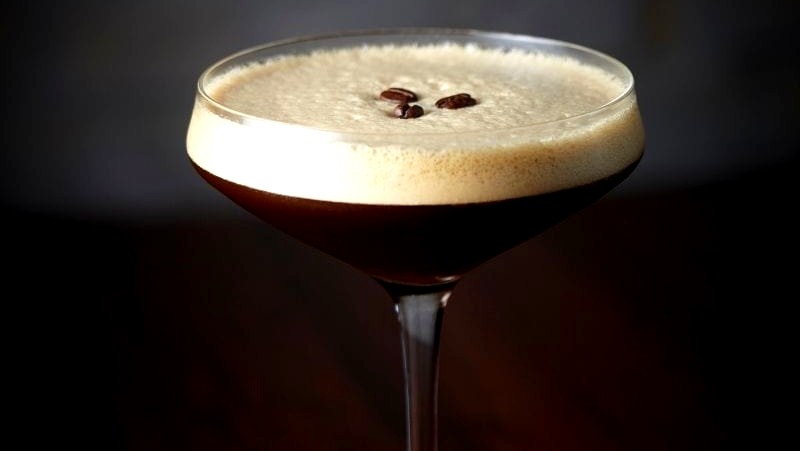 If you think the food you have in mind goes well with coffee, then it most likely pairs with Espresso Martini, too. You can try serving desserts like moist chocolate cake and almond biscotti.