The 2010s were filled with groundbreaking, life-changing news stories. The world is undeniably different now than it was 10 years ago and, as we look forward into this new decade, we at The Spirits Embassy thought we should celebrate where we’ve been before approaching where we’re going.

To do this, we’ve taken 10 of the most searched and viral news stories of the past 10 years and created delicious and daring cocktail recipes to immortalize them. From Will and Kate’s royal wedding to the ice bucket challenge, search through the list for a huge dose of nostalgia and (mostly) fond memories of the decade we’ve left behind.

Kicking off with 2010, the most searched news story of this year was the Icelandic ash cloud which covered half the world in an impenetrable smoke. The cloud from Eyjafjallajokull was so thick that 100,000 planes across North America and Europe were down for almost a week, leaving over 10 million people stranded.

In honor of this event, we’ve created the Ash Cloud Sour, a classic whisky sour with a fiery twist. With a dash of hot sauce and a shot of Fireball whisky, this cocktail isn’t for the faint-hearted but is sure to transport the drinker right back to the most memorable eruptions of modern times.

Though we’ve had plenty of royal get-togethers since, Will and Kate really set the trend when they got married in 2011. Their wedding was the most-watched televised event of the year and people in the UK enjoyed an extra bank holiday to celebrate with the future king and his new wife.

Our Royal Celebration and Eton Sesh chaser draw on the classic British combination of strawberries and cream, with a touch of class from the champagne for a cocktail fit for a prince or princess.

The short video titled “Kony 2012” marked the birth of viral videos and, at present, has been watched over 102 million times on YouTube. The video was created by charity Invisible Children Inc. to raise awareness about Ugandan war leader Joseph Kony. Though many criticized the tactics of the charity for attempting to instill a deeply complex subject down to a few short minutes, the coverage gained by the campaign was phenomenal and highlighted the power of the internet to unite people around a cause.

This cocktail is another attempt to fill a small vessel with as many complex elements as possible and is inspired by the traditional Zombie.

The most-searched news topic of 2013 was the choosing of the new pope. When Pope Benedict XVI stood down from the role, he was the first pope to do so in nearly 600 years. When Pope Francis was chosen to take on the position, he became the first pope from the Americas ever.

Celebrate the new pope with this cocktail that nods to the Vatican City and the time-honored Catholic tradition of drinking wine.

Another viral sensation, the ice bucket challenge took the world by storm in 2014. Celebrities, politicians and pretty much the whole of Facebook took part in the activity which involved dumping a whole bucket of icy water on your head.

Originally a campaign intended to raise awareness for ALS or motor neuron disease, many who took the challenge weren’t aware of the connection or didn’t donate. However, the coverage was huge, helping to raise money and awareness of the issue, as well as becoming one of the most memorable events in the world.

The shot placed in the middle of the daiquiri is the perfect mini ice bucket to complement this cocktail.

A viral event which has inspired numerous copycats and has its own Wikipedia page, ‘the dress’ went viral in 2015 thanks to Buzzfeed. Opening up a conversation about the way human eyes work, ‘the dress’ was blue and black for some, white and gold to others.

To honor this unforgettable meme, we created the White & Blue, which is best served with a black and gold straw, of course.

To get the perfect color split, fill the glass with ice and pour the Fanta to the halfway point. After mixing the other ingredients in a cocktail shaker, pour slowly onto the exposed ice.

2016 was a year that changed politics forever. In the UK, the Brexit referendum has resulted in an end to the 47-year membership of the EU and in the US, the presidential election was won by celebrity billionaire Donald Trump. Shortly after both votes, whistleblowers from the data firm Cambridge Analytica exposed how 87 million Facebook records had been harvested to create detailed personal profiles which were used by politicians to influence both results.

In memory of the ‘Great Hack’ and in reference to the claims of ‘Russian interference’, we’ve given these two cocktails a decidedly Russian twist. Served in a Moscow Mule, the Russian Summertide truly lives to its name.

Following on from the drama of 2016, people were most entranced by the major cosmic event which was the solar eclipse. This was the first eclipse visible from coast to coast in the US for 99 years.

Choose from the pre-eclipse Sunrise or the post-blackout Eclipse, depending on your mood.

To celebrate the groundbreaking achievements of Wakanda’s greatest warriors, enjoy these four beautiful cocktails inspired by the major characters from the movie. The brave warriors are so loyal to the crown that they have to leave their kingdom to follow the usurper. Talk about being not a respecter of person, they surely respected the crown. All willing to lay their lives to the king, these warriors need a tribute, too. This bitter villain-king, Eric Killmonger, deserves a tribute after all he’d been through. People do deserve second chances, just don’t die before having a chance at it. Albeit wrong in his ways of revenge and rage, his desire to help the people with African roots oppressed by issues such as race hate, colonialism and unequal rights. Missionary, spy, warrior and T’Challa’s lover, this fearless woman almost gave up her love for the man to serve the world. She surely deserves this tribute cocktail. After 8 seasons, the hottest TV show in the world finally came to an end. To the dismay of fans everywhere, the final season is widely regarded as one of the worst finales in TV history. Despite winning 10 Emmys, fans were outraged by the way the final series wrapped things up, making this topic the most searched event of 2019.

Though not everyone’s goblet of wine, the eighth season saw Sansa Stark take the throne in the North and so we created this cocktail in memory of one of the best players of the Game of Thrones.

Aside from the Queen of the North, here are a few other cocktails you can check.

A tribute to royalty, this cocktail is one for the show. If winter comes with a cocktail like this, who cares? Creamy and chocolatey, just what you need to keep you warm on that nippy winter evening. This version of the zombie is a refreshing and creamy alternative to the usual recipe and is a good tribute to the Song of Ice and Fire novel-inspired HBO series. Need more Moscow Mule recipes, check it here. You can also also buy some wine glasses and beer mugs. Beer too strong and wine too boring for you? Maybe you’ll be interested with the beer-wine hybrid.

This article was written by Damon Culbert from The Spirits Embassy, online whiskey marketplace. 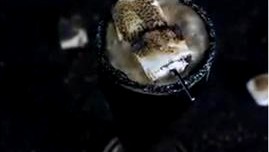