First off, let us clear the path for the discussion of the churchkey and the theory behind its name. Apparently, not only the ones that resemble a medieval church key to churches are called churchkey - it’s the bunch of all the bottle openers in the market.

Bottled drinks in the earlier times were sealed with a stopper or cork but it was not successful in keeping the drinks fresh by the time it reaches the customers. To solve this issue, an enterprising inventor, WIlliam Painter of Baltimore, invented and patented the crown cork in 1892, the bottle cap used in beers and soft drinks as we know today. 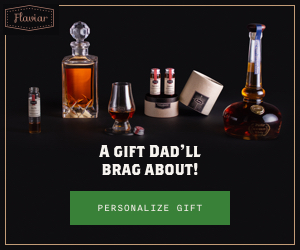 However, the crown cork solved the problem of sealing the bottles but presented a new problem. Interestingly, Painter offered the solution to it by coming up with the perfect tool to open the bottles sealed with his caps. The bottle opener was patented in 1894. By then, though, it was not yet called as the church key.

So, how did that ingenious invention gain the name?

The Theories Behind the Name

The most popular theory behind the name is found also in the tool itself. The simple design of the first bottle openers resembled the church key around the time that the opener was invented.

Another theory was that most of the brewers at that time were monks and the brewing beers are kept under lock and key that only the monks have access to. Contrary to their teachings to not imbibe in alcoholic drinks, they were the ones ironically making the “accursed” drink. The term church key is a derisive term that means when you use the church key (meaning the bottle opener to open beer), you are most likely to miss church, therefore you cannot use the literal church key to enter.

One other theory is that it was meant as a satire to the proponent of the Prohibition in the US that lasted for 13 years from 1920-1933. According to the proponents, the Prohibition in the US was meant to reduce all kinds of crime and improve the overall health of the country. When it did not pan out as expected, the first beers that were produced were in cans and so the opener that was invented was one that punctured a triangular hole to the can lid. However, the name churchkey remained.

Each of the theories surrounding the term church key are plausible and very valid. However, it seems that the safest route to take without raising commotion is the theory that it was named after its lookalike - the literal church key.

Whatever is the true reason why the bottle opener is called a church key, the fact remains that it might be one of the most influential inventions for the drinks world. On Amazon alone, there are hundreds of choices for bar key, each vying for the attention of the buyer in terms of design, size and functionality. The bottle openers also inspired a lot of people to collect them that even prompted these groups to make a website for collectors and traders for vintage openers.