In the last few months, we have introduced some of the most amazing cocktail creations ever prepared by mixologists from all around the world. This week, we proudly feature a one of a kind recipe made by the distinguished bartender and social media influencer, @mixologists_life. His Timeless Gimlet, a unique take on the classic cocktail, boasts its exotic and elegant taste.This dark and mysterious concoction will surely change the way you think about Gimlet.

The Timeless Gimlet is an exceptional piece, and is definitely one of the best versions of the Gimlet cocktail. Here are other Gimlet recipes that you can try:

The recipe may sound tricky, but it's actually simpler than you think! Here's a list to guide you with the ingredients-and where to find them.  For the Chinese 5 Spice Syrup: For the cocktail itself:

Enjoy this exotic drink to the fullest by using these bar equipments!

The Gimlet itself has an interesting history, as it is believed to be created for the British Royal Navy sailors to drink- as citrus juice was discovered to be effective in preventing scurvy. Eventually, this cocktail became popular not only with the marine officers but also with the British society as a whole. From its naval-related origin, the drink was named Gimlet after the drilling tool used for boring holes in Royal Navy ships. Some sources say that it might have been named after Rear-Admiral Sir Thomas Desmond Gimlette, the naval doctor who first mixed lime and gin.

Being one of the world-renowned classic cocktails, Gimlet has understandably maintained its place among the popular alcoholic beverages for several decades, and have not stopped gaining fame. Loyal supporters of the drink come from Iceland, US-specifically those from Vermont, District of Columbia, New York, Massachusetts and Minnesota-Czechia, Canada, and Sweden.  Last October 2018, it was reported that the Gimlet got back on the charts for the UK Classic Cocktails, after being overshadowed by the other classics.


Summer In The City ☀️ [Ad/Werbung] . Summer keeps powering here in Germany and so I wonder: What are YOUR favorite summer drinks to cool down? Let me know! ☝️ . As of today, I’m going to go with a classic, refreshing one: . The “Gimlet”: - 60 ml Gin - 20 ml Lime Cordial - 20 ml Lime Juice . Shake all with plenty of ice and pour into a chilled/frozen Coupe or Nick&Nora glass 🍸 . While the original recipes include only gin and lime cordial, I like to follow my friend @peterwpunkt’s style of substituting some of the cordial for actual lime juice to give the drink an extra kick of freshness - well appreciated with temperatures of over 30°C 😉 Cheers! 🥂

My wife is all about old fashions. If I’m going the cocktail route I love a good gimlet.


We suggest doing something special for yourself at the next #happyhour by embracing this refreshing cucumber gimlet in all of its glory. Get the recipe by @societyloungeon4th in the bio link and #treatyoself. #tuesdaytip #gimletgoals #treatyoselftuesday 📷: Stephen Devries

I may be an old man for this, but I just discovered the gimlet cocktail and it is SO GOOD

We get commissions for purchases made through links in this post. Updated: September 13, 2019.

In the last few months, we have introduced some of the most amazing cocktail creations ever prepared by mixologists from all around the world. This week, we proudly feature a one of a kind recipe made by the distinguished bartender and social media influencer,@mixologists_life. His Timeless Gimlet, a unique take on the classic cocktail, boasts its exotic and elegant taste. This dark and mysterious concoction will surely change the way you think about Gimlet. 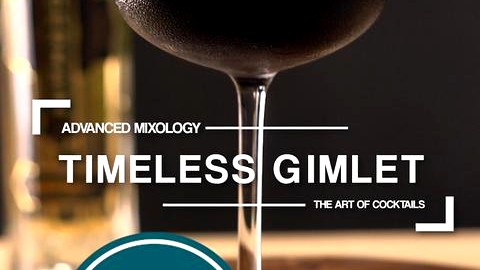