Decanting is both a must and a must-not for wines. One is while it is important to decant to remove the sediments and let the wine breathe to enhance all the aroma, flavors, and nuances of the wine. Not to mention the tannins that need to be softened and the sulfites that need to be dissipated before the wine is more pleasurable to drink.

On the other hand, decanting is not the only way to achieve the above requirements. Also, not all wines need decanting but decanting wine and even champagne definitely improves its flavor. Just be sure to let it breathe for a much shorter time than you would decant the red wine.

Before we go any further, check out our monthly free samples or sign up to our free VIP club to avail of our exclusive rebate program. This is our way of welcoming you to this website.

How Do You Decant Wine Without a Decanter?

So how do you decant without a decanter? For whatever reason, you don’t have a decanter at hand but you have guests coming over and you’ll be serving wine. What would you do? We give you two options: fake decant or aerate.

Since the aerator is a kind of giving, we will not give a lot of substance to it. Though here are facts about a wine aerator. They come in many forms, either manual or electric. There’s even an aerating wine glass where there is no need to wash a separate aerator so it saves you a lot of time. Aerating wine cuts the decanting time considerably shorter while displaying the character of your wine.

The real question here though is how to decant wine without a decanter. The next best thing to decanting is fake decanting. This is a really cool trick without having to spend money on buying a decanter. Here are a few options to fake decant your wine. 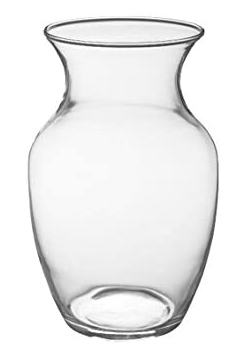 A glass vase is a good choice to fake decant. Find one that is jug-shaped with a wide mouth and can hold at least 20 ounces of wine. Better if it can hold a whole bottle. The neck works well to hold the vase to swirl the wine to hasten the aeration process. Pour it between two vases for a few times then let it sit on the counter and let the air do its job. Serve in the more presentable vase. Does it have to be a new vase? Not really. Since glass is not porous, it can be cleaned well without leaving stains and odors. However, if you find it gross to use a used vase, you can buy some really cheap ones. 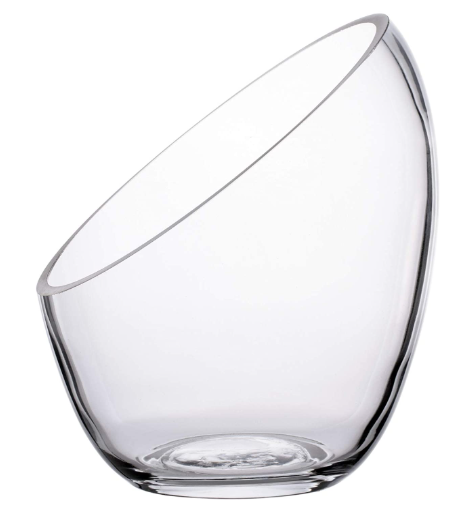 Okay, so this may be a crazy idea but an eccentric or steamed fishbowl can be a fun way to decant your wine. Pouring might be tricky, though, so find something smaller but can still hold at least 500ml or 16 ounces of wine. That way you have a generous decanted wine without sacrificing style. Your best choice is to let it sit on the counter, giving it an occasional stir with a long swizzle stick. Does it need to be new? You be the judge. It can be for the same reason we mentioned using the vase. 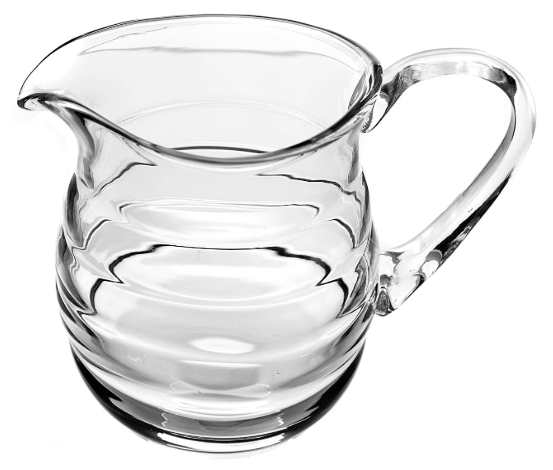 The glass jug is also another good choice for fake decanting. Actually, this is the most plausible without sacrificing some gross stories. Find one with a wide mouth and a generous bowl. If you can find an eccentric style that gives off a decanter-vibe, it’s a great plus. It can be handled or not but a handle may be helpful when swirling the wine. Pouring the wine between two jugs for a few times will effectively aerate the wine. If it has a wide mouth, you can do this fewer times then let the jug sit on the counter.

You can still decant and pretend you didn’t by hiding it. Decant it with whatever you have in hand then pour it back into the bottle. This is actually called double decanting but we want a bit of mystery, so indulge us.

One good way to double decant is to use a mason jar. A one-liter jar is a good choice but you can use the smaller one. Of course, you may have to sacrifice the amount of wine you can decant. The good news, though, is you can use a few mason jars to decant a bottle then pour it back later. The mason jar may not be the best way to decant but pouring a bottle of wine into the mason jar and pouring it back in really brings in more air into the wine.

Hyperdecanting is the term wine connoisseurs use when you blend your wine. One sommelier, though, says that hyper decanting is a big no-no. Blending destroys the delicate flavor and aroma of the wine, which definitely makes it worse than to begin with. However, if you have to do it, give it a bit of pulse or a 10-second blend. Let it settle before pouring back into the wine bottle. 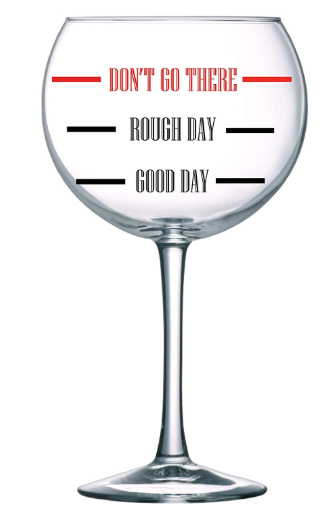 If you can drink from it, you can certainly decant in it. We love the witty message on this oversized wine glass, which by the way can hold up to a bottle of wine. So, yes, you can definitely “go there” if you want to decant your wine. For the wine glass, rolling the wine (pouring it back and forth between two glasses) is a good way to go. Roll it for about 10-15 times before returning it to the empty wine bottle. Be sure to remove all sediments left in the bottle.

The drink snifter on the right can hold 2 liters of wine or any beverage, for that matter, which makes it a good choice for fake decanting. Pouring might be an issue from this overly large snifter but it serves the purpose of decanting your wine. Since the snifter can be a bit heavy, give it a good stir with a swizzle stick and let it sit on the counter.

Your trusty water bottle can be used in rolling your wine to aerate it. When rolling the wine, pour it slowly, allowing air to come in contact with the wine without causing too much bubbles. The bubbles will not look lovely when the wine is poured back into the wine glass.

When to Know if Your Wine is Ready?

So, you spent some time rolling your wine, stirring it or letting it sit on the counter. The question is: when will it be ready? Your nose will tell you if it is ready. Stick your nose near the opening of the container and give it a good sniff. The aroma of the flowers, fruit or spices should be discernible now. Another is to taste it. The fruity flavors should be apparent now and the taste should be smoother. Be sure to sniff and taste it before decanting so you can have something to compare with, especially if this is your first time to decant without a decanter. Thirty minutes should be a good time to allow red wine to sit on the counter in a makeshift decanter.

Even if the aerator is a totally “in” thing nowadays, a lot of people still swear by the better effect of decanting wine in the traditional way. Should you decide to replace your broken decanter or are tired of having to fake decant or double decant your wine, check this article for a good selection of wine decanters.