'Aquafaba' came from two Latin words: aqua means water, and faba means beans. Aquafaba is the water where legumes such as chickpeas are cooked. It is used as a replacement for egg whites in a lot of vegan dishes and drinks. Cocktails that need an egg in the mixture like whiskey sour, eggnog and a lot more, can be enjoyed without sacrificing the texture and flavor with aquafaba.

Here are some ways you can enjoy aquafaba as a drink.

The usual recipe of a whiskey sour, instead of egg whites that gives its foamy texture, aquafaba is added. This makes the cocktail a good choice for vegan people. Same as the one above, this one just has a specific liquor mixed with it. The flavor of citrusy lemon juice and the foamy aquafaba taste complements well with the chosen alcohol. Eggnog without an egg makes it ironic yet interesting. Replacing egg whites with aquafaba makes it a little healthier than the usual. Feels like summer! With the cool and refreshing color of this drink to the taste it gives, leaves you satisfied. Christmas is just around the corner, make a cocktail like this and feel the aroma of Christmas spirit! The citrusy flavor from grapefruit combined with a little heat from peppers is a great combo for a Christmas' eve parties. Add more liquor for extra punch. Nowadays aquafaba is used not only for vegan dishes but also in a lot of cuisines. The added flavor and richness as well as the foamy texture it provides that makes a lot of dishes and drinks exciting.

The usual recipe of a whiskey sour, instead of egg whites that gives its foamy texture, aquafaba is added. This makes the cocktail a good choice for vegan people. 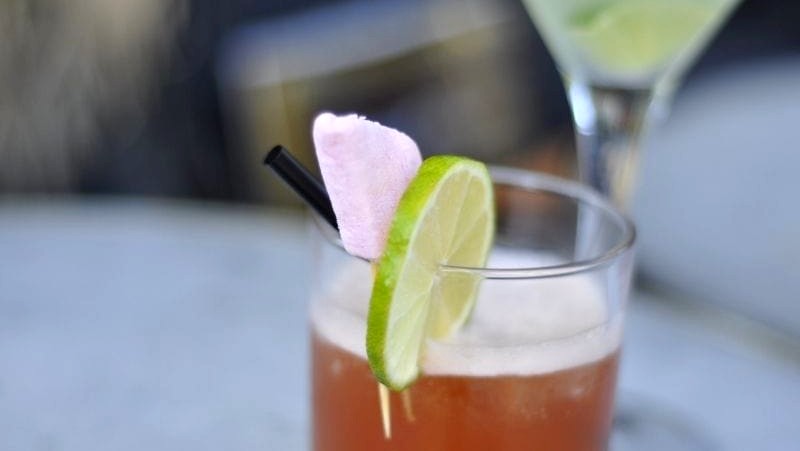